What is the best flour for pancakes? 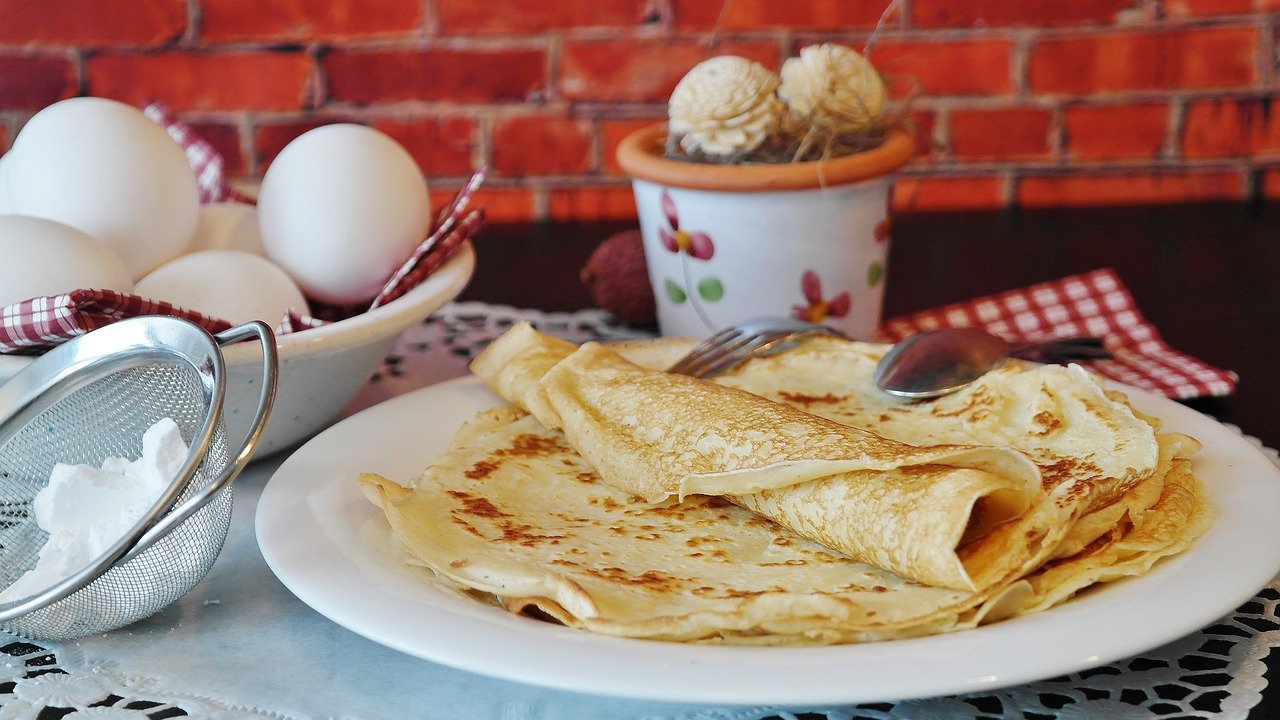 In the most classic version, we make pancakes with wheat flour. But not all flours are equal and not every type is suitable for this dish. We check which flour will yield the most delicious pancakes.

Wheat flour is by far the most popular, and thus the most used. Traditional pancake recipes also assume the use of this type of flour. Wheat flour, as the name suggests, is made from wheat grains that are ground. It contains gluten, which makes the batter fluffy, elastic and does not fall apart. The types of flour described, referred to by numbers unclear to many, are distinguished by the degree of purification of the grains. The puzzling numbers denote the degree of processing and grinding of grains.

Wheat flour of the types 450, 500 and 550 is best suited for pancakes. On the store shelves we can find it under the names: cake flour or krupczatka flour. Thanks to these particular types of flour, pancakes don’t fall apart during frying and they come out light, light and fluffy. You can serve them with sweet or savory additions.

Which flour for pancakes instead of wheat flour?

As mentioned, wheat flour is characterized by gluten content and for that reason it cannot be consumed by people suffering from food intolerances and on a gluten-free diet. This does not mean, however, that such people have to give up pancakes. On the contrary – they can modify the traditional recipe using other flours. We checked which other flours should be used to fry pancakes.

Delicate and gluten-free rice flour resembles in consistency the traditional wheat flour. It will be the best alternative for it when frying pancakes. Interestingly, you can prepare it yourself at home, from white or brown rice. Pancakes made of rice flour are delicate and quite neutral in taste, so you can prepare them with both sweet and salty ingredients.

Another type of gluten-free flour. It’s obtained from buckwheat seeds, thanks to which you can taste the aroma of buckwheat groats. Due to its characteristic aftertaste, pancakes made of buckwheat flour are best served with dry stuffing. It can also be mixed with wheat flour.

It is obtained from a special variety of wheat, which contains “good” gluten. Dough made of spelt flour is sticky and difficult to make thin pancakes. If you don’t mix spelt flour with other flours, you will end up with pancakes instead of pancakes. It is neutral in taste, so it goes well with sweet fillings and additions.

A gluten-free flour made from corn kernels. It is rich in magnesium, potassium and selenium, as well as fiber and vitamins A, B and E. It is often used in Mexican dishes, such as tortilla pancakes. Cornmeal pancakes have a distinctive yellow color and fairly neutral flavor, so they pair well with both sweet and salty fillings.

It is not as popular as buckwheat, but it is worth reaching for. It is made from millet grains, so it is gluten-free. It is often used in Asian cuisine, so it will work well with oriental dishes. Pancakes made with millet flour are much less caloric than those made with wheat flour.

Previous Posts The washing machine does not draw powder - what is happening?
Next Posts How to oil your hair?