Star of Bethlehem – everything you need to know 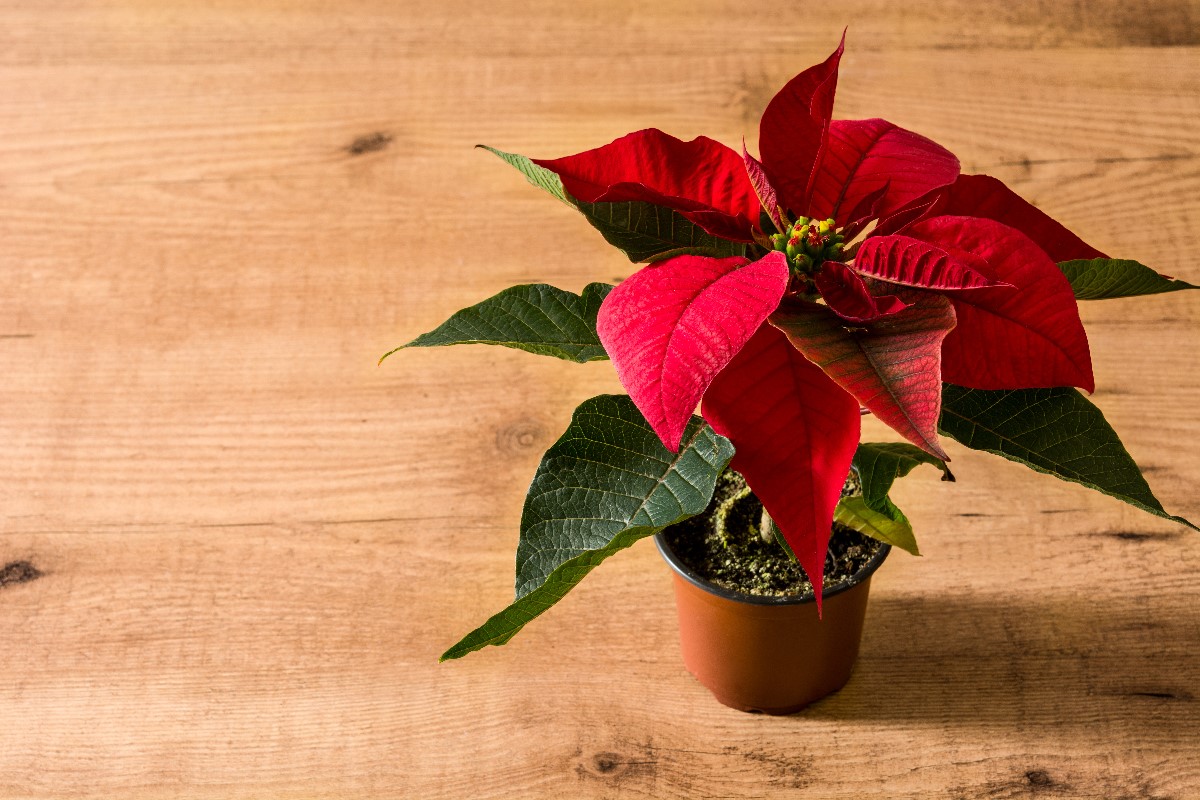 Beautiful red flowers give a truly festive atmosphere. There are, however, a few things you have to watch out for, so that the star of Bethlehem survives a long time in perfect condition and pleases our eyes not only at Christmas.

Star of Bethlehem, poinsettia, wolfsbane? Where did the name come from?

Many people cannot imagine Christmas not only without a Christmas tree, but also without the star of Bethlehem. And it is not about the star leading the wise men from the East to Bethlehem, to the place where Jesus Christ was born, but about the plant.

Lesser known names for the star of Bethlehem are poinsettia (named after Joel Poinshetti, a Mexican diplomat and botanist) and wolfsbane. It is native to Central America and came to Europe in the first half of the 19th century from Mexico.

In our climate it blooms from late autumn till the end of winter that is why it became so popular. Most often its flowers are bright red, however, you can also find white, pink, yellow or salmon-colored stars of Bethlehem.

Low temperature is not good for it

Before the star of Bethlehem gets to our house, we should pay attention to certain issues. First of all, whether it is not damaged, whether the leaves and flowers are resilient and evenly colored. Let us remember that our care will be useless if it was badly treated by the seller.

During transport, even a few meters to the car, we need to wrap the whole thing in paper, even twice – the star of Bethlehem does not tolerate temperatures below 15 degrees Celsius, frosts and drafts. As soon as possible it should be placed in a warm room (but away from the radiator) – gradually, so as not to cause thermal shock. Here it is worth unpacking it halfway and let it get used to the change of temperature.

How often to water the star of Bethlehem? How much light does it need?

A flowering poinsettia requires constant watering – the soil should be moist all the time. It should be watered twice a week (less often, when it goes into spring and summer dormancy) with plain water, preferably dehydrated and at room temperature.

The pot in which it is placed must have drainage holes – otherwise the water lingering at the bottom may cause root rot. Excess water from the pot should be poured away regularly.

Remember that in heated rooms the soil can dry out quickly, so you may even have to water Star of Bethlehem every day. Regular sprinkling also works well for it.

As for the conditions, it should have a bright position and free access to sunlight especially during flowering. It grows best in a temperature of 18-22 degrees Celsius, far from a radiator, fireplace or gas appliances.

Attention, it is poisonous!

Star of Bethlehem, although beautiful, has one disadvantage – it is a poisonous plant and can be dangerous to your health. What is important, it can harm not only children and adults, but also animals (you have to watch out especially for cats, which like to bite various flowers).

Like all wolfberries, it contains milky sap (in all parts – stems, leaves and even roots), which in contact with the skin irritates it, and consumption of leaves or fruits can end not only with irritation but even poisoning requiring hospitalization.

We should therefore remember to keep the star of Bethlehem out of the reach of children and animals, and to carry out personal care procedures in protective rubber gloves.

>> When to take down the Christmas tree? Until when can it stand?

How to take care of the Star of Bethlehem after Christmas?

The poinsettia does not have to be in our house only for one season. After flowering there is no need to throw it away. You can easily continue growing it even for several years.

It is enough to limit watering after flowering and around March to shorten stems and place it in a cooler room, and in April to transplant it to a bigger pot and set it again in a bright and warm place. In summer it can stand on a balcony in light shade. Keep the substrate moist at all times.

If you want to enjoy beautiful flowers in an intense shade again, in autumn cut it off from the light for about 14-16 hours. This plant needs a certain number of short days.

Previous Posts How to hang a TV on the wall? Guide
Next Posts Which cutlery to choose? Overview