What to do when fuchsia loses its leaves? 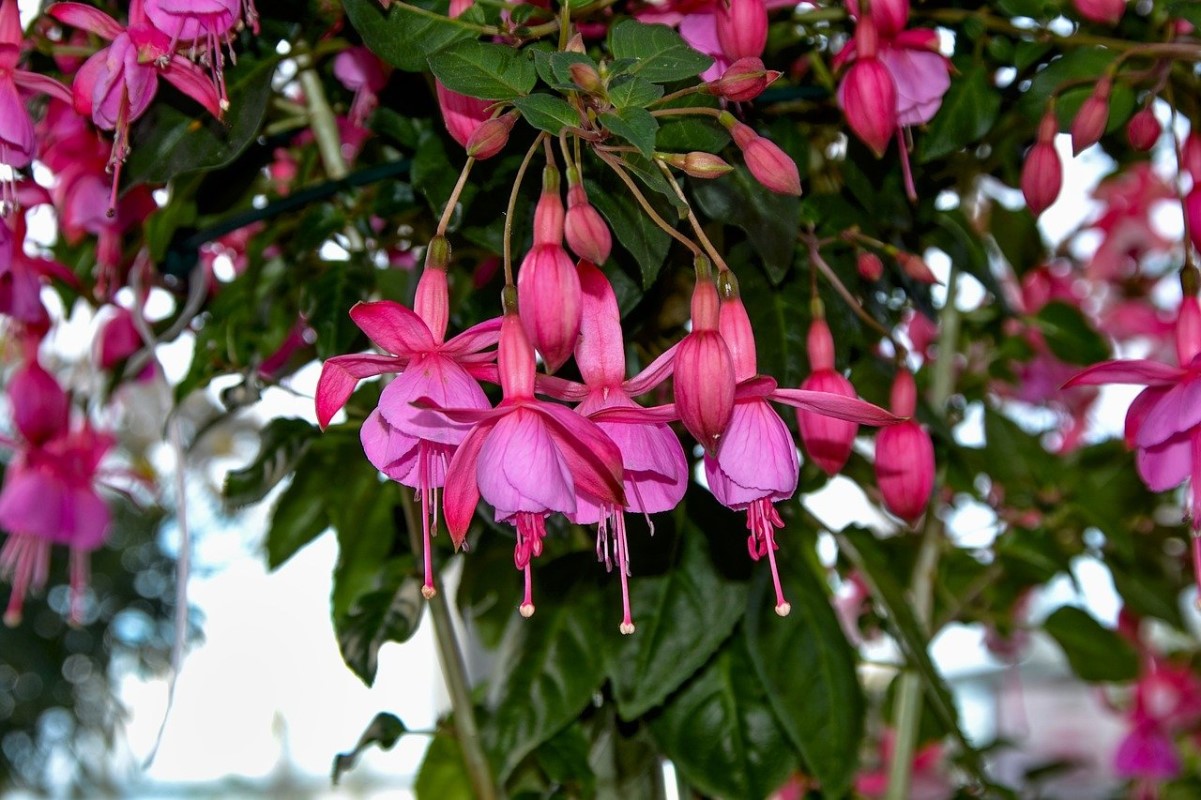 Fuchsia is a unique plant, which is often found in our apartments, and especially on the balcony. It is worth knowing what to do when it starts to lose its leaves

Fuchsias are appreciated by lovers of houseplants especially for their colorful hanging flowers and characteristic leaves. The variety of varieties makes it possible to create interesting arrangements with them. Despite the fact that they are relatively easy in cultivation plants, sometimes it happens that fuchsia loses its leaves. We suggest what to do then.

How to ensure proper growing conditions for fuchsias?

In their natural habitat, fuchsias grow hidden under shade-giving tree crowns. This means that they feel best in a place where the scorching sun doesn’t reach them in the midday or so. On the other hand, fuchsias tolerate morning and late morning sun relatively well, but it’s advisable to provide them with a place where they will have partial shade

Fuchsias don’t need a lot of water and certainly don’t like excessive watering. Sometimes it happens that the plant loses its leaves. One common reason is that the root ball gets hot. When this happens, the tender leaves simply wilt by drying out. For this reason, it is important to control the moisture in the soil and the cover of the pot. It is advisable to provide a thick, decent cover to protect the roots from excessive heat from the hot summer sun. If the soil is moist and the fuchsia leaves are hanging down, then under no circumstances should you water it. This way the plant protects itself from the heat

Additional watering could cause the roots to start rotting and the whole fuchsia will quickly die. It is much better in such a situation to move it to the shade or inside the apartment, where it will be slightly cooler. After just a few days fuchsia should return to its original, healthy appearance

Fuchsia care – the most important information

The water used for watering fuchsias should be at room temperature so that the plant doesn’t suffer from excessive heat shock. As part of the care treatments you can sprinkle the leaves with water from time to time (but not more often than once every two weeks). Interestingly, fuchsia varieties with bright flowers are better adapted to withstand intense sunlight

The plant also adapts quite easily to changing weather conditions such as falling temperatures and heavy rain, which means that it can be kept on the balcony until autumn. Removing blooms and fruit buds is an important maintenance measure which also prevents leaf drop.

The formation of new seeds consumes a large part of the plant’s energy, thus weakening other tissues. If mineral salts are deficient or other elements are disturbed, this can lead to leaf death

How to properly care for fuchsia leaves?

Fuchsia has very dense foliage with a considerable area. This makes the plant give off large amounts of water during evaporation. The optimum temperature at which fuchsias feel best is around 17-23°C. If a thermometer shows more than 30°C, then we can see that the plant stops growing. No need to worry, this is a natural reaction to such an increase in temperature

Many people wonder what to do with fuchsias in autumn and winter. The condition of the plant is perfectly influenced by dormancy, which can last even from November to March. At a temperature of 0 to 8 ° C, for example, in a basement or garage, where there is light moisture, the plant does not even need to be watered. Some owners worry that after such a period fuchsia will lose all its leaves. There is nothing to worry about, because this is a natural reaction of the plant. The shoots and roots in such conditions are still viable, so the plant puts out leaves and flowers again with the arrival of spring

In cold, but bright rooms, fuchsia does not completely shave off, so it needs to be watered from time to time. Experienced gardeners strongly advise against overwintering fuchsias in warm rooms in the house. The formation of flowers again strongly weakens them, so they lose the leaves they need for photosynthesis. In heated rooms there is also a risk of woody shoots

Previous Posts Swellings - how to get rid of them?
Next Posts Interesting bird feeder ideas